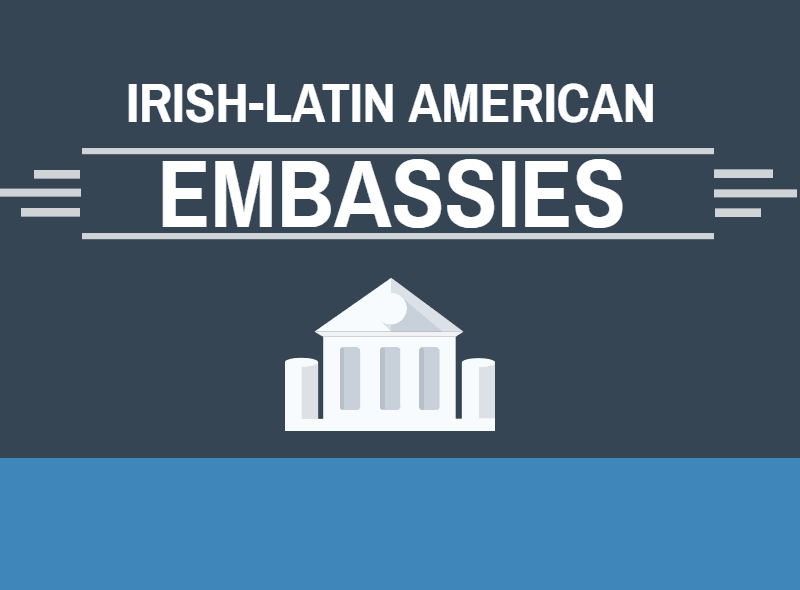 Dublin, Republic of Ireland: Ireland has today announced Irish Embassies for Chile & Colombia, in a move which is set to transform Irish relations with Latin America. 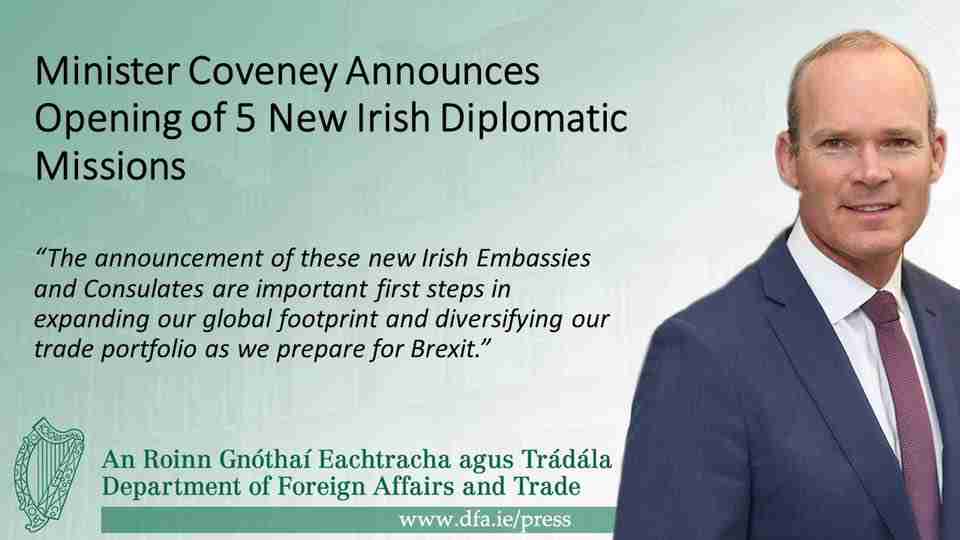 Minister Simon Coveney announced the news today, as the Irish Government outlaid its budget for 2018. This new diplomatic presence in Bogotá (Colombia) and Santiago (Chile) will add to Ireland’s existing embassies in Argentina (Buenos Aires), Brazil (Brasilia) and Mexico (Mexico City). At the same time, the government also declared its intentions to open an Irish embassy in Jordan and Irish Consulates in Vancouver & Mumbai.

Minister Coveney said: “The announcement of these new Irish Embassies and Consulates are important first steps in expanding our Global footprint and diversifying our trade portfolio as we prepare for Brexit

The new Embassies in Santiago, Chile and in Bogotá, Colombia will assist in promoting trade and investment with both countries. Chile is a high-income country, the most competitive economy in Latin America, and enjoys the region’s highest investment rating.  Like Ireland, it is an open, trading economy with a broad network of trade agreements, including with the European Union.  It is a promising emerging market for Irish companies in a number of sectors including technology, higher education, telecoms equipment and renewable energy.

With almost 50 million people, Colombia has doubled its per capita income over the past decade. Ireland’s trade with Colombia has tripled since 2012 and a number of Irish companies are already active there. A Free Trade Agreement with the European Union ensures ease of access for Irish exporters and investors. Our new Embassy will also underpin Ireland’s support for the peace process in Colombia, which in 2016 brought to an end fifty years of conflict”.

For more information on Ireland’s Diplomatic presence in Latin America, click here to see a full and up to date directory.