The Ireland Mexico Trade Conference will be held in Bank of Ireland Grand Canal Square on June 12th of this year. Its focus will be Agri-Food Opportunities in Mexico.

Our speakers include Minister Andrew Doyle TD and the Mexican Ambassador to Ireland. We have also confirmed the participation of the directors of Dairy Industry Ireland and ProMéxico.

To register for this event, you can apply for a free ticket here. 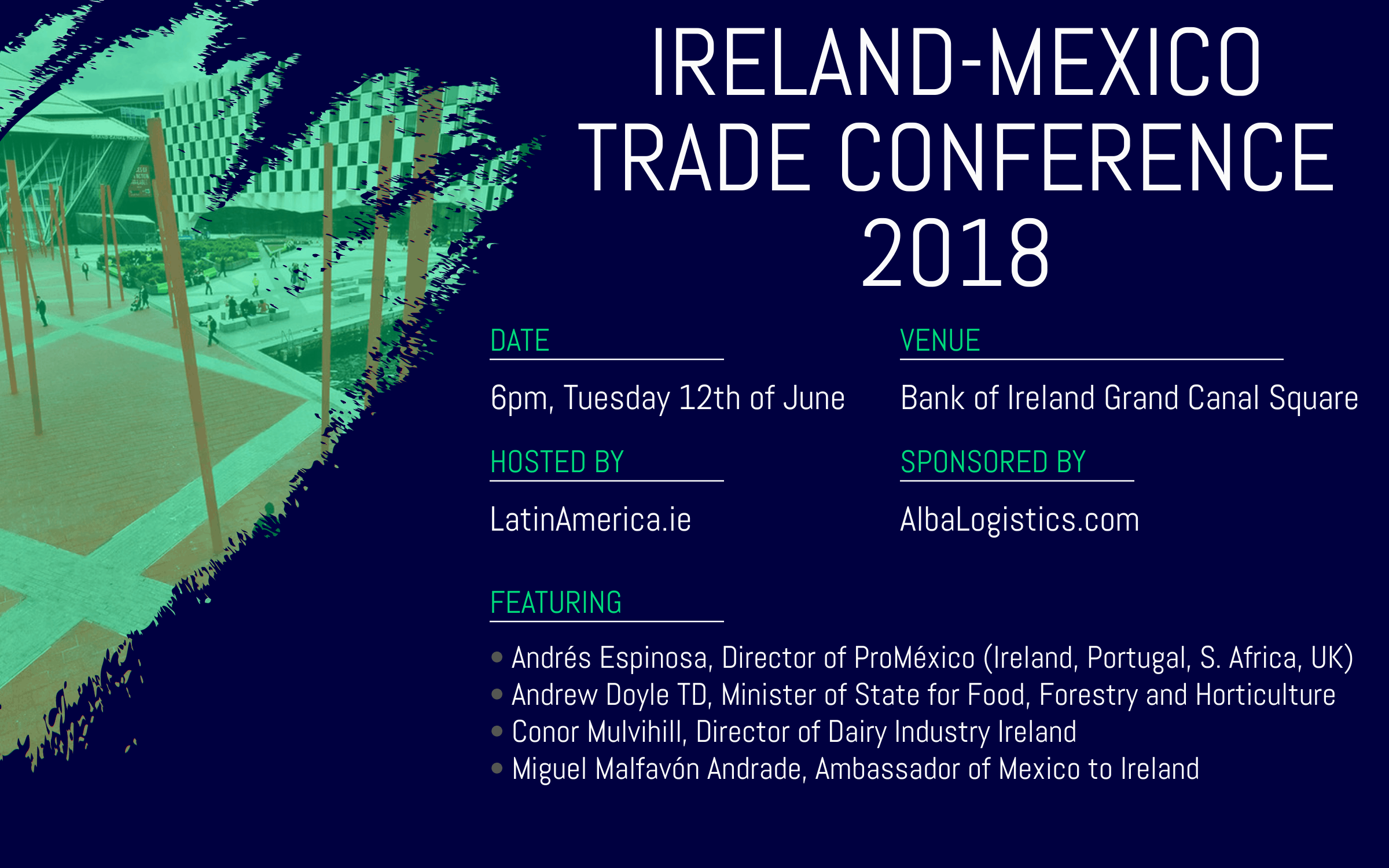 Since 2009, Irish-Mexican Trade has grown by four times. The EU and Mexico have also recently announced a free trade deal which will remove all tariffs for agricultural trade between Ireland and Mexico.

In Mexico, there is growing demand for imports of skim milk powder from Ireland. There is also huge potential for Irish Agri-Food Companies to invest in Mexico’s own Agri-Food Industry.